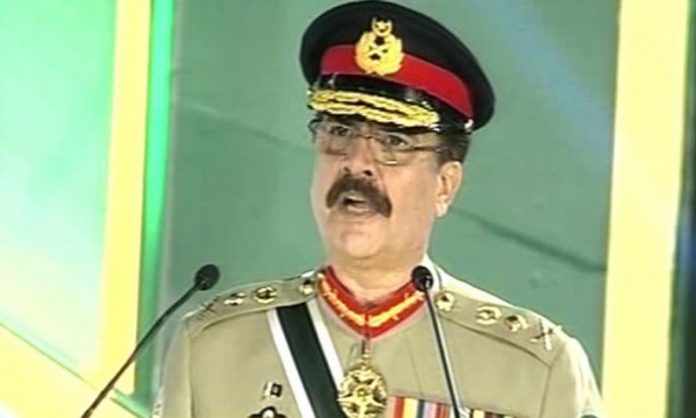 LAHORE: Chief of Army Staff (COAS) General Raheel Sharif on Friday said that operation Zarb-e-Azb has laid a strong foundation for peace and progress of the country and you can play an important role towards taking Pakistan to new heights.
General Raheel Sharif visited Government College University (GCU) Lahore, his alma mater and interacted with the students and faculty members. To revive his old memories, he visited various sections of the premier institute specially those parts where he had spent his days as a student.
The COAS while expressing his optimism of a brighter future of the country, said that Pakistanis are a great nation and our human resource is our real asset.
While paying rich tributes to both the faculty and management of the University for their role towards grooming and honing our youth, the COAS said the GCU has always played a pivotal role in producing a stream of scholars, scientists, artists and intellectuals of international acclaim, who have contributed immensely in their respective domain.
COAS emphasised on the youth to always focus on 3Cs (Character, Courage and Competence) and strive for honour and dignity through hardwork and faith in Allah.