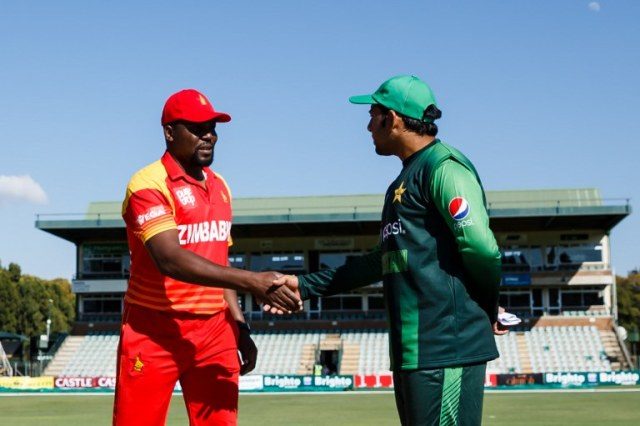 BULAWAYO: Zimbabwe have won the toss and elected to bat first against Pakistan in the third One Day International (ODI) match of five-match series.
Green shirts captain Safaraz Ahmed has said that they have made two changes in the team.
He added that Mohammad Amir and Hassan Ali have been dropped.
Sarfaraz Ahmed also said that they would make efforts to improve fielding.
Meanwhile, the hosts have changed three players in their squad.
Pakistan leads the series 2-0.
The match will begin at 12:15 pm Pakistan Standard Time.