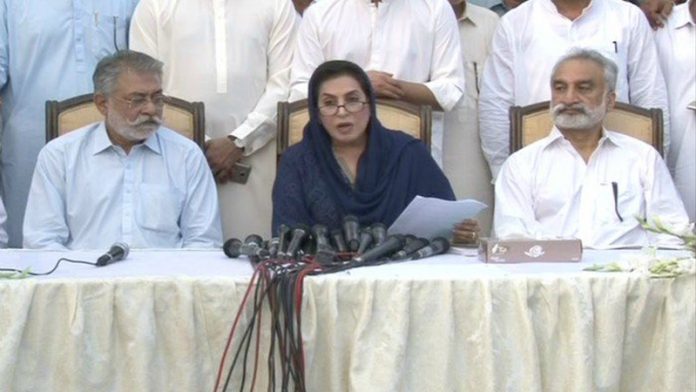 KARACHI: Disgruntled members of Pakistan People’s Party (PPP) Zulfiqar Mirza and Fehmida Mirza have joined the Grand Democratic Alliance (GDA) on Sunday.
GDA is an alliance of various parties and is headed by Pir Pagara in rural Sindh, which was formed last late year to rival PPP.
Addressing a press conference here, Fehmida came down hard on PPP for its performance in the province and said the party had done nothing mentioned in their manifesto.
She deplored the state of development in Sindh saying there was a lack of clean water and quality education in the province.
Responding a question, she said that alliances in elections were nothing extraordinary.