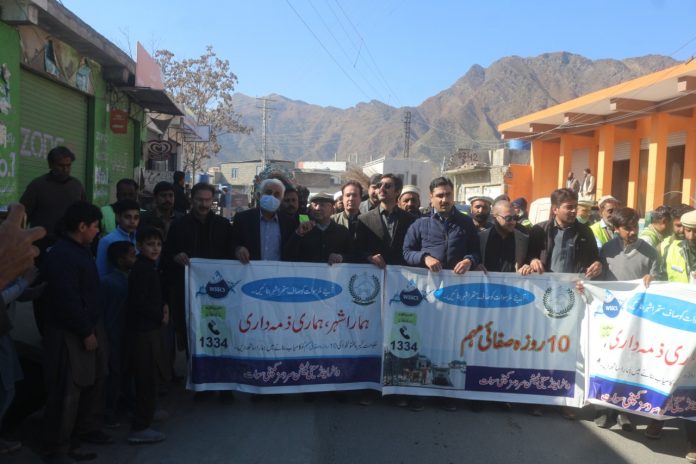 MINGORA (By Saeed Yousafzai): The district administration in collaboration with the WSSC Swat launched a 10 days clean-the-street campaign here on Wednesday.

Organized by WSSC Swat, the campaign began with the cleaning of the Mingora and Saidu sharif  stream and streets in different union councils.

Speaking on the occasion, Commissioner Malakand division and Wssc Swat CEO said cleanliness was half of the faith and that it was collective responsibility of people from all walks of life to keep the environment clean.

“Cleanliness is an integral part of the Muslim faith and a hallmark of civilized societies,” they said. They called for raising awareness among general public about importance of keeping the environment clean.