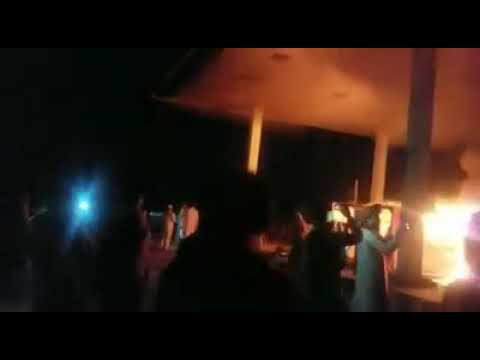 PESHAWAR: As many as 17 suspects who set ablaze the Rashakai Interchange Toll Plaza during protests against the Supreme Court verdict in Asia Bibi case have been arrested, Khyber Pakhtunkhwa police told the Interior Ministry.
The Khyber Pakhtunkhwa police submitted a report to the interior ministry regarding vandalism during demonstrations of religious parties following the top court verdict acquitting Asia Bibi in a blasphemy case.
According to the report, incidents of vandalism and arson occurred in Nowshera and Hangu while several suspects involved in inciting violence have been arrested.
The report further said that 25 cases have been registered against those involved in violent protests, out of which, eight suspects have been arrested.
The report stated that 17 suspects that set fire to the Rashakai Interchange Toll Plaza have been arrested with efforts under way to arrest the remaining suspects.
During the three-day protest across the country, a number of vehicles and properties were destroyed and main intersections and roads were blocked in major cities.