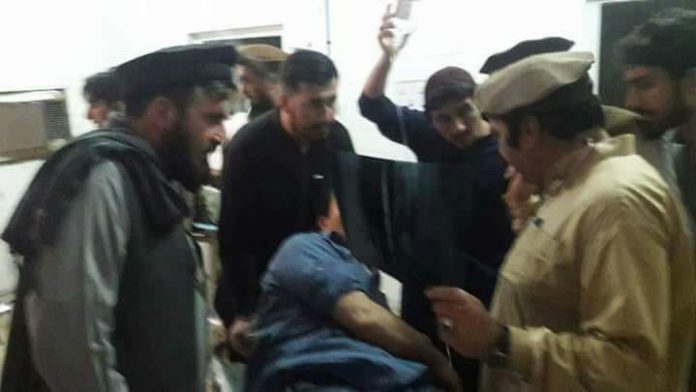 WANA: At least two people were killed and more than 20 sustained injuries when alleged extremists opened fire at Ali Wazir Petrol Pump in Mirza Alam Market here in Wana subdivision of South Waziristan Agency on Sunday.
The dead bodies and injured people including a local journalist Noor Ali have been rushed to hospital for medical assistance.
According to reports, people of the area holding weapons flocked the site to resist the attackers, which further intensified the situation.
The political administration of Wana clamped curfew in Wana and the surrounding areas as tension persists with both the parties exchanging fire.
Meanwhile, personnel of Pakistan Army and FC rushed to the site to take control of the situation but in vain till the compilation of this report.
Reports also surfaced that a ceremony had been organized at the Ali Wazir Petrol Pump where owner of the pump and active leader of Pashtun Tahaffuz Movement (PTM) Ali Wazir was scheduled to address workers of PTM.