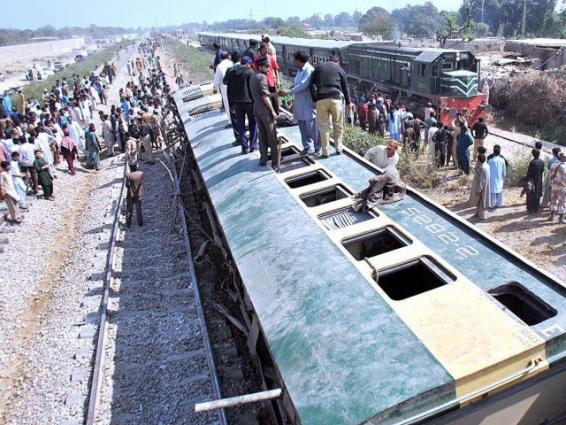 JACOBABAD: At least eight passengers were injured as four coaches of Jaffer Express derailed after a blast at a railway track in Jacobabad near district jail early Saturday morning.
Several passengers are reportedly injured in the accident. Emergency has been declared in nearby Civil Hospital. No fatality has thus far been reported in the blast.
The police and bomb disposal squad rushed to the blast site. The blast affected nearly 200-foot track, according to police.
Meantime, a suspicious sack was recovered from the rail track. Bomb disposal squad has been called in to check the sack.