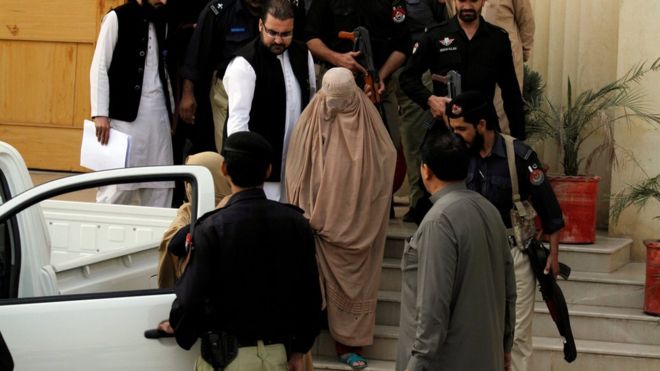 PESHAWAR: An Afghan woman was arrested in Peshawar for transferring explosives from Peshawar to Lahore.
“The woman was arrested from Peshawar’s Haji Camp Adda,” said Peshawar Security SP M Shoaib Khan. “She belongs to a terrorist group that operates from Afghanistan,” he said.
“It was an intelligence-based operation and an important network has been broken down with it,” he said.
The police are investigating the locations she was targeting in Lahore.
After interrogating the woman, four of her accomplices were caught by the police after multiple raids, SP Khan added.
The “terrorists” have been handed over to Punjab’s Counter Terrorism Department.