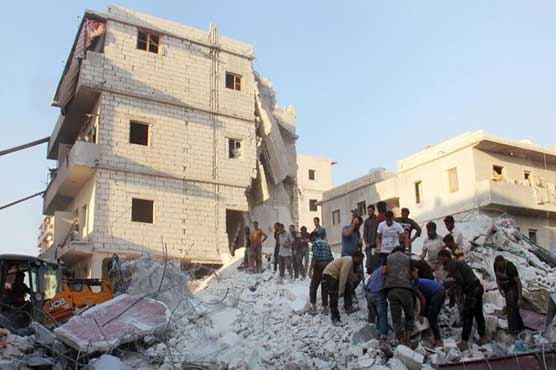 BEIRUT: At least 28 civilians were killed in air strikes on northwestern Syria where a planned safe zone has been overshadowed by a bombing campaign against militants, a monitor said Saturday.
Four children were among the dead in the overnight strikes on the town of Amanaz, in Idlib province near the Turkish border, the Syrian Observatory for Human Rights said.
The Britain-based watchdog said it could not immediately determine whether the strikes had been carried out by warplanes of the Syrian government or its ally Russia.
But they are the latest in an intensifying air campaign carried out by the two governments against militant fighters who control most of the province and are not party to a safe zone deal brokered by Russia, Turkey and Iran.