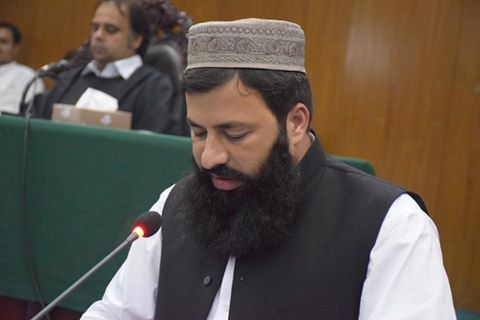 PESHAWAR: ANP councilor Safdar Baghi on Thursday recorded a unique protest during Peshawar District Council budget session and demanded of the district nazim Muhammad Asim Khan to release fund for hospital.
Safdar Baghi chanted slogans against the district nazim during the district council session. He demanded of the nazim to release Rs 5 million for the construction of hospital. He said that the amount was announced by the Muhammad Asim Khan last year.
During the district council session, PTI councilors exchanged harsh words with the protesting ANP councilor.