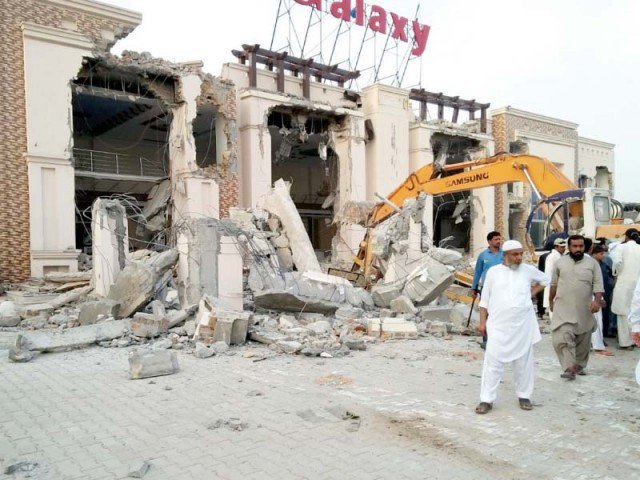 ISLAMABAD: Grand anti-encroachment operation of Capital Development Authority (CDA) and district administration is continued on the second day on Islamabad’s Kashmir Highway.
All the major marriage halls, famed international food chains and hostels were demolished.
State Minister for Interior, Shahryar Afridi visited the area, talking to the newsmen he said buildings constructed without NOC will be demolished.The authorities do not faced any sort of resistance during the operation, however; the owners maintained that CDA and district administration caused loss worth million to them without any prior notice.On the other hand, the authorities while rejecting the accusations have said that several notices were issued to the owners but no one implemented over them.
They declared that the operation will continue until the complete elimination of encroachments.
More than 350 personnel of Islamabad police, Rangers, Elite Force and CDA participated in the operation