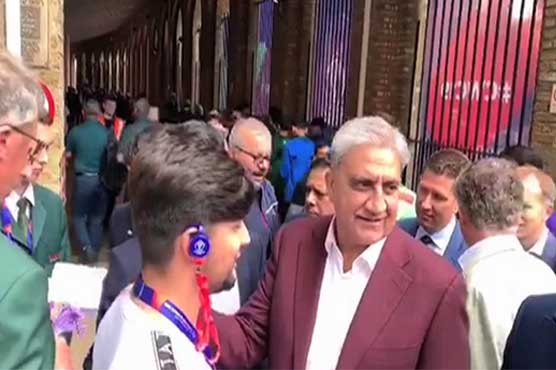 LONDON: Pakistan Army Chief General Qamar Javed Bajwa arrived at the Lord’s cricket ground on Sunday to watch his national team play against South Africa in key World Cup match.
Director-General of the Inter-Services Public Relations (ISPR) Major General Asif Ghafoor accompanied the army chief.
Gen Bajwa is in the United Kingdom on an official visit for meetings with UK civil-military leadership.
Earlier, Pakistan captain Sarfaraz Ahmed won the toss and decided to bat first in a must-win World Cup clash.
Pakistan and South Africa both need a victory to keep their slender hopes of qualifying for the semi-finals alive.
With only one win apiece, neither side have any margin for error in the first match of the tournament to be staged at Lord’s, cricket’s spiritual home, in north London.
Sarfaraz backed his team to put up a big score in warm conditions, which would allow them to pile pressure on the Proteas’ batting line-up in the chase.