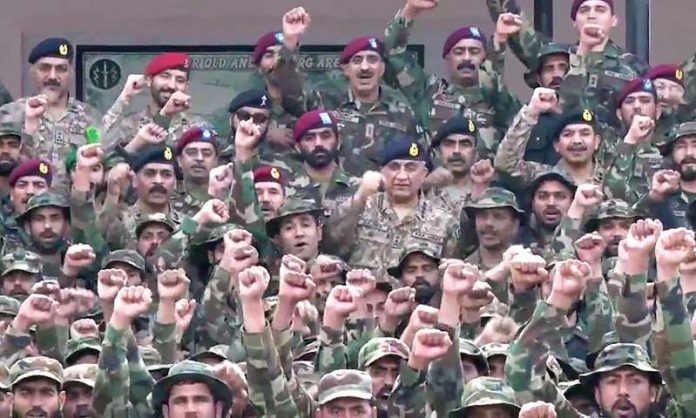 ISLAMABAD: Army Chief Gen Qamar Javed Bajwa on Wednesday visited the headquarters of the military’s Special Services Group (SSG), a tweet by the director general of Inter-Services Public Relations (ISPR) said.
The visit by the COAS comes a day after former military ruler retired Gen Pervez Musharraf, who was from the SSG, was handed a death sentence in the high treason case.
Gen Bajwa during the visit lauded the contribution of SSG personnel towards the defence of the country.
“We have brought stability by failing all inimical forces operating against Pakistan. We shall never let it go away at any cost,” the army chief was quoted as saying.
“SSG is our pride with myriad contributions towards defence of [the] country through its valiant officers and soldiers since the creation of Pakistan,” Gen Bajwa added.
Musharraf served in the elite SSG from 1966-1972. During the 1971 war with India, Musharraf was a company commander of an SSG commando battalion.