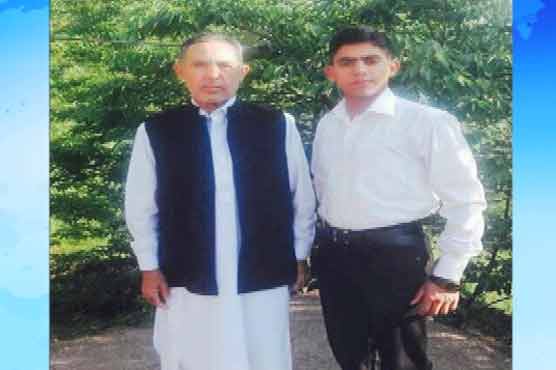 MURREE: Father of Martyred Lt Arsalan Alam Satti, Shamsher Alam Satti suffered a heart attack on Wednesday and breathed his last at CMH Murree.
The funeral prayers of Shamsher Alam Satti will be offered at his ancestral village Gail near Murree today (Thursday) at 3:00pm.
Shamsher Alam Satti’s 22-year-old son Lt Arsalan Alam embraced martyrdom on September 23, while commanding a post in Rajgal valley of Khyber Agency, which borders Afghanistan.
Meanwhile, Chief of Army Staff (COAS) General Qamar Javed Bajwa expressed deep grief and sorrow over the sad demise of Alam Satti.
A statement of the Inter-Services Public Relations (ISPR) while quoting COAS said that Pakistan Army considered families of their soldiers as its own.