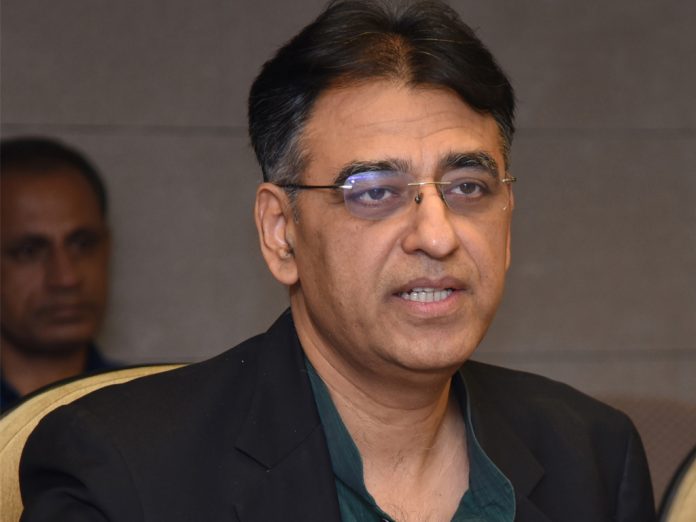 ISLAMABAD: While rejecting the allegations of having links with the banned outfits, Finance Minister on Tuesday said the government and Pakistan Army are on the same page.
Replying to a question asked by the journalist after addressing a seminar in Islamabad about oppositions allegations of having links with the proscribed organizations, the minister said, “Do you think I have links with them.”
Umar relayed that he had met few leaders of the organisations during election time and added one of them is itself a victim of terrorism.
Lamenting the opposition parties, he added it has become tradition of the Opposition parties to criticise the state institutions, while not being in power.
“The incumbent government and the Pakistan Army are on the same page”, the finance minister contented.
Earlier in the day, Pakistan People’s Party (PPP) chairman Bilawal Bhutto Zardari once again accused Pakistan Tehreek-e-Insaf (PTI) ministers of mainstreaming and getting support of banned outfits in the 2018 general election.
In a series of tweets, he demanded that the government must remove the ministers “having ties with proscribed organisation”.
Taking a swipe at the ruling PTI, Mr Bhutto-Zardari said: “The government has responded to my demand to sack ministers associated with banned outfits by declaring me anti-state, issuing death threats & NAB notices.” “None of this deters us from our principle stand; form joint NSC parliamentary committee & act against banned outfits.”