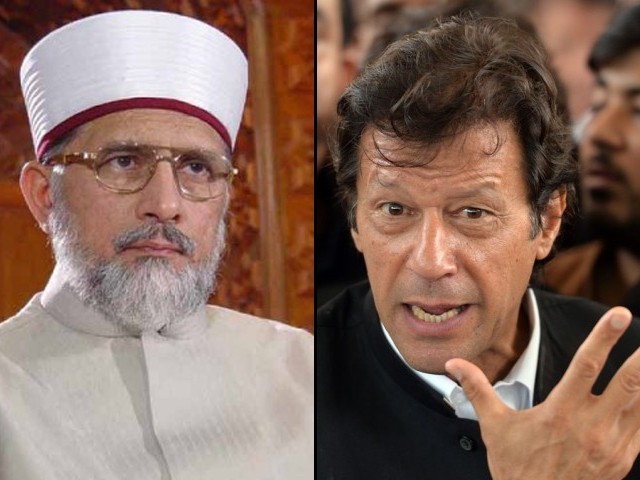 ISLAMABAD: An Anti-Terrorism Court on Tuesday re-issued non-bailable arrest warrants for Imran Khan and Tahirul Qadri again in SSP Asmatullah Junejo assault case.
The court ordered SSP Islamabad Sajid Kiyani to produce the two accused till October 11.
The court reprimanded police for being unable to arrest the accused. Imran Khan is holding rallies everywhere and you cannot arrest him, the judge remarked.
Police submitted a compliance report in the court where it was stated that when they raided residences of the accused they were not present in their houses.
The court expressed its dissatisfaction at the report.
Supporters of PTI and PAT had assaulted SSP Asmatullah during the clash between protesters and security forces at D-Chowk in Islamabad, back in 2014.