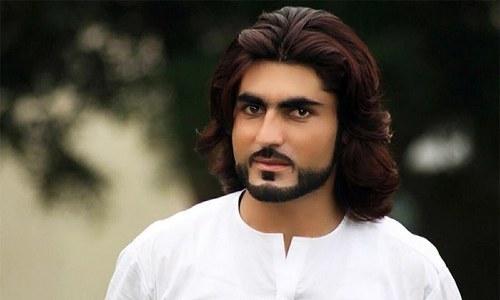 KARACHI: An anti-terrorism court on Wednesday dismissed bail applications of seven accused in the high-profile Naqeebullah Mehsud murder case.
The ATC rejected the bail pleas of Akbar Malah, Muhammad Anar, Faisal Mehmood, Khair Muhammad, Imran Kazmi, Raees Abbas Zaidi, and Shakeel Feroze. It ordered the accused to be sent to prison on judicial remand.
Former SSP of Malir Rao Anwar and then DSP Qamar Ahmed Shaikh along other police officials had been booked for allegedly killing four men, including South Waziristan youngster Naqeebullah Mehsud, in a fake police encounter in Shah Latif Town on January 13, 2018.
Earlier, on July 11, 2018, the ATC granted bail to Rao Anwar against a surety of Rs1 million.
On Jan 13, 2019, the Supreme Court turned down a petition by Anwar, the prime accused in the Naqeebullah Mehsud murder case, seeking removal of his name from the Exit Control List (ECL).
A bench of the apex court headed by Chief Justice of Pakistan Mian Saqib Nisar rejected the former cop’s plea. “We cannot strike his name off the ECL,” asserted the top judge. He expressed displeasure over provision of facilities to the accused and asked how did he get acquitted?
It is pertinent to mention here that Anwar retired from police service on Jan 1.