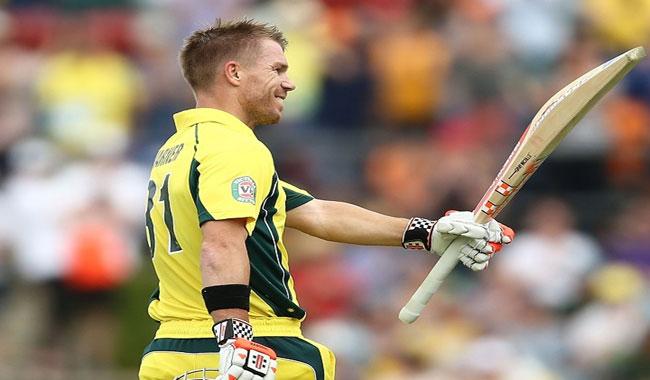 Adelaide Oval: Australia has set a mammoth target of 370 runs in the 5th and final ODI against Pakistan as openers David Warner and Travis Head set a new record of highest first-wicket partnership for the home side on Thursday at the Adelaide Oval Cricket Ground.
Openers David Warner and Travis Head gave a record start of 284 runs to the Aussies. David Warner scored 179 runs off 128 balls with a strike rate of 139.84. The Australian opener hit 19 boundaries and five sixes during his stay at the crease.
The Travis Head innings of 128 runs off 137 balls came to an end when he was caught by Hasan Ali.
Earlier this morning, Aussies captain Steven Smith won the toss and opted to bat in the final game of the five-match One-Day International (ODI) series at the Adelaide Oval.
Australia has already won the series 3-1 in the five-match ODI series.