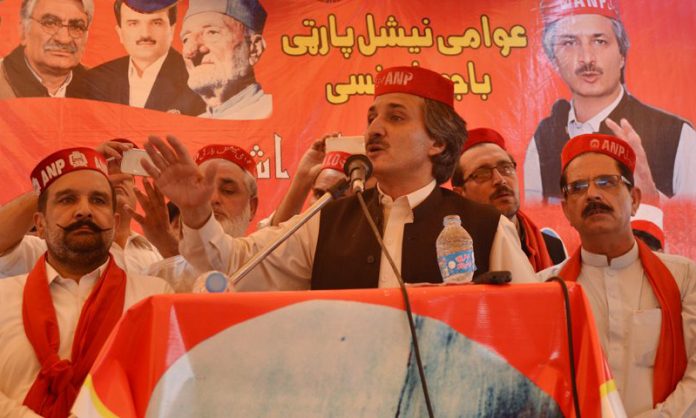 PESHAWAR: Provincial General Secretary of Awami National Party (ANP), Sardar Hussain Babak Saturday said that the government of Khyber Pakhtunkhwa should implement the promotion policy KP police and resolve the problems of revenue employees.
He said this in a public gathering at Tino Lodher of district Buner on Saturday.
Babak said that the provincial government was announced promotion policy for constable, head constable and ASI but did not implement yet.
He said that the employees of revenue department are in their protest for their general rights but the provincial government has adopted a deaf ear attitude rather to come for its solution.
He said that it is the due obligations of the government to come up for solution of the problem being faced by the people.
He urged upon the people to come up under the ages of ANP in general elections 2018 as the party had given a lot of sacrifices for the just cause establishment of peace in the province when it was in the power.
He said that ANP is the only party of masses and expressed the hope that it would emerge as victorious in the province and assured that the party would continue addressing the problems without any discrimination. – APP