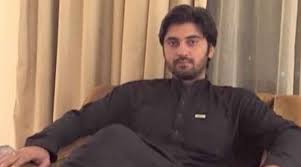 QUETTA: The kidnapped son of Balochistan’s local government minister, Sardar Mustafa Khan Tareen, was recovered near the Pak-Afghan border on Thursday.
Asad Tareen, the son of the minister, was recovered from the Gulistan area of district Killa Abdullah, said family members.
It is not yet clear whether Asad was recovered as a result of a security forces operation or after the payment of ransom.
The minister’s son was brought back to Pishin under tight security after his recovery.
Asad was kidnapped by armed man from Pishin earlier in May.
A search operation was launched soon after by security forces in the area, with several suspects detained in connection with the kidnapping.
Balochistan Chief Minister Nawab Sanaullah Zehri had taken notice of the incident and had ordered the provincial police to increase their efforts for the recovery of the minister’s son.
Sardar Mustafa Khan Tareen was elected as an MPA from Pishin district in 2013, and is affiliated with Pashtoonkhwa Milli Awami Party (PkMAP).