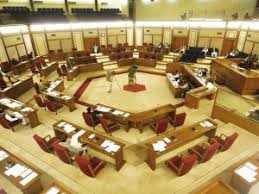 QUETTA: The movers of the no-confidence motion has withdrawn their motion against Chief Minister Balochistan Nawab Sanaullah Zehri after the later tendered resignation.
Speaker Balochistan Assembly has adjourned the assembly session for indefinite period.
Talking to media, Sarfraz Bugti said thanked those who supported the motion. He said that it is not necessary that the new chief minister would be from Pakistan Muslim League-Nawaz (PML-N). He said that several names are under consideration for the CM slot. He said that CM was removed according to constitution.