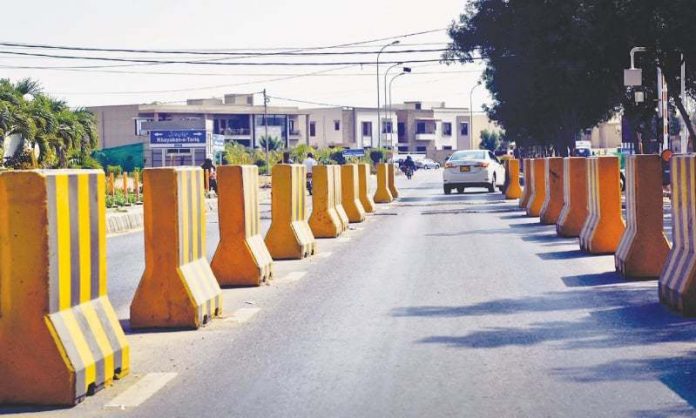 LAHORE: The Lahore administration has removed barriers outside residences of Very Important Personalities (VIPs), government offices and on roads in the city.
The administration while complying with the orders of Supreme Court have removed barriers outside Jati Umra, Chief Minister House, Governor House, Minhajul Quran, Hafiz Saeed and other buildings.
Jati Umra is the residence of Pakistan Muslim League-Nawaz (PML-N) President and the ousted prime minister Nawaz Sharif while Minhajul Quran is the residence of Pakistan Awami Tehreek (PAT) Chief Dr. Tahirul Qadri.
The barriers in front of police lines, Inspector General’s office, offices of passport in Garden Town have also been removed.
The administration swung into action after the Supreme Court’s order and removed the barriers last night.
During the last hearing, Additional Home Secretary Punjab had informed the apex court that the barriers had been erected after receiving security threats.
Upon this, the Chief Justice remarked that he too was receiving threats but he did not erect barriers outside his home.
It is worth mentioning that Chief Justice of Pakistan, Justice Saqib Nisar while conducting hearing of a suo motu notice had ordered the authorities concerned to remove barriers on roads and outside the residences of VIPs.