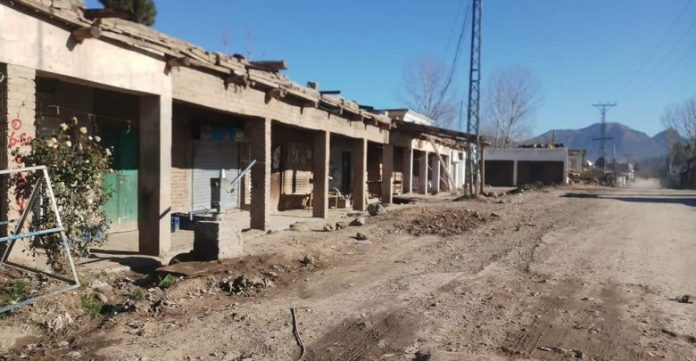 KALAYA: The district administration has closed all the bazaars in Orakzai tribal district due to which the people are facing many difficulties.
The local people said the district administration has closed Meshti Mela, Sanghara, Kalaya, Sanghra, Ferozkhel Mela, Kada Bazaar and other bazaars and markets due to which people are facing difficulties in buying daily use items. The government has asked the shopkeepers that the markets will remain closed until they install security cameras in the markets. The shopkeepers have been asked to arrange security cameras from their own pocket.
The government took this step after the death of at least 33 people and injuries to 56 others in a bomb blast in Kalaya Bazaar on 23 November.
Rafiqullah, a shopkeeper in Kalaya Bazaar, said most of shopkeepers are poor and they can’t afford to pay for security cameras.
‘We are poor people. We even find it difficult to buy locks for our shops. In such a situation, how the government expects from us to buy security cameras from our own pocket,’ he said.
Another shopkeeper, Khalid, said Orakzai tribal district faces power outages of more than 20 hours. He said the security cameras will be of no use in such a situation.
‘Power supply is available in our areas for only two or three hours in a day. In such a situation, what will be the utility of the security cameras even if we pay for it,’ he questioned.
He said provision of security is the basic responsibility of the government and therefore the government should install the cameras and provide security to the markets. He said the shopkeepers cannot afford to install the cameras and the situation will remain the same if the government did not change its stance on the issue. He said the local people will be the ultimate sufferers as they are facing difficulties due to closure of bazaars.