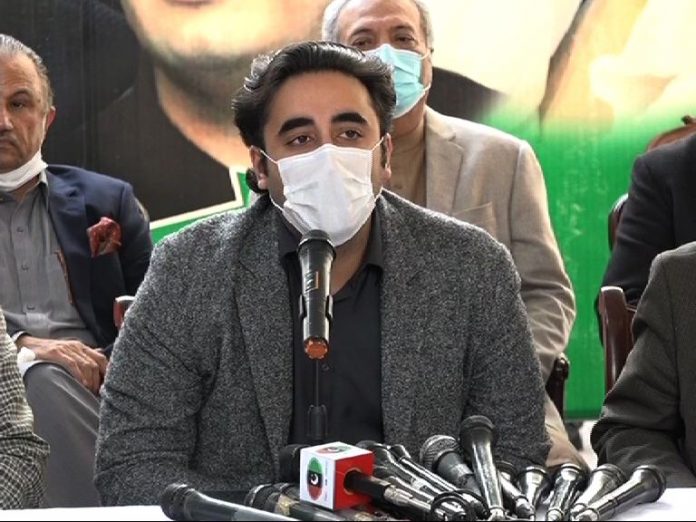 PPP Chairman Bilawal Bhutto Zardari endorsed on Monday the Pakistan Army’s call for not dragging the institution into politics.
“It is my objective and it is the principled stance of my party that the army should have no role in politics,” he said. “There is no contradiction here.”
Bilawal’s remarks came hours after ISPR DG Major General Babar Iftikhar told media that the army shouldn’t be dragged into politics.
“We made it clear before and are saying again, the army has nothing to do with politics,” he said. “Those who are talking about it, I’m requesting them not to bring the army into this.”

The ISPR DG said the army wasn’t holding backdoor talks with anyone. He appeared to be referring to statements of opposition leaders.

The Pakistan Democratic Movement, an alliance of 11 opposition parties, has been criticizing the military establishment for their alleged role in politics. The alliance accuses it of bringing Prime Minister Imran Khan to power.

The PPP chairman said that through a presidential ordinance, the government carried out an “attack” on the lawmakers’ right to secret balloting in the Senate election.

On February 6, President Arif Alvi signed an ordinance aimed at conducting Senate elections through “open” and “identifiable” balloting. The Elections (Amendment) Ordinance, 2021 allows the Election Commission of Pakistan to show the ballot cast by any lawmaker to the heads of the party on their request.

Bilawal said that it is the right of every lawmaker to cast their vote without being pressured or influenced. But open balloting deprives them of their right to privacy, he added. The PPP will challenge the ordinance in the court, he announced, adding that opposition parties want “comprehensive electoral reforms”.