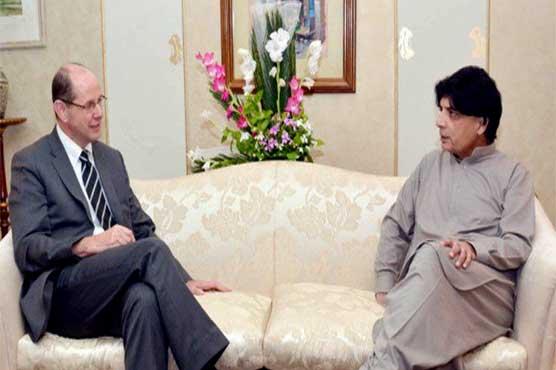 ISLAMABAD: British High Commissioner Philip Barton has met Interior Minister Chaudhary Nisar and exchanged views over bilateral relations.
During the meeting, Chaudhary Nisar and Philip Barton considered over various matters regarding money laundering and Dr. Imran Farooq murder case, while both sides also discussed regarding access to the third accused involved in Imran Farooq murder case.
On this occasion, Philip Barton said that Pakistan’s efforts in war against terrorism are highly commendable. He said that United Kingdom will continue to cooperate with Pakistan in this war.