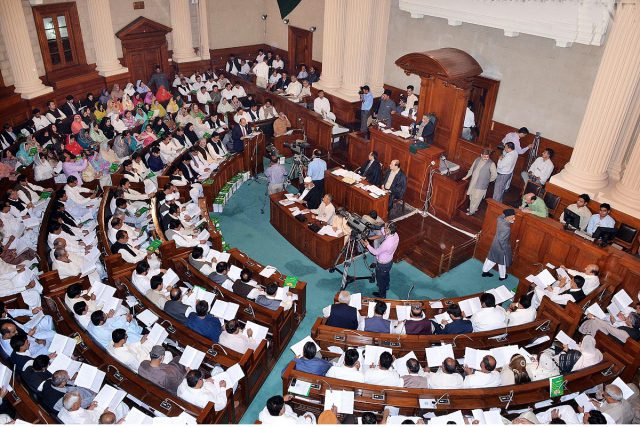 LAHORE: By-election for two seats of Senate from Punjab, including a general and a reserved seat for women, has begun Thursday morning.
The seats fell vacant after the de-notification of Saadia Abbasi, the sister of former prime minister Shahid Khaqan Abbasi, and Haroon Akhtar as members of the Parliament for possessing dual nationality.
Polling for the vacant Senate seats got underway at the Punjab Assembly building in Lahore at 9am. It will continue till 4pm.
Pakistan Tehreek-e-Insaf has fielded Waleed Iqbal and Seemi Aizdi, while Pakistan Muslim League-Nawaz’s Saud Majeed and Saira Afzal Tarar are contesting the seats.
Further, by-election on one provincial seat PB-5 Dukki and one National Assembly seat NA-258 are also being held today.
All 23 polling stations have been declared highly sensitive.