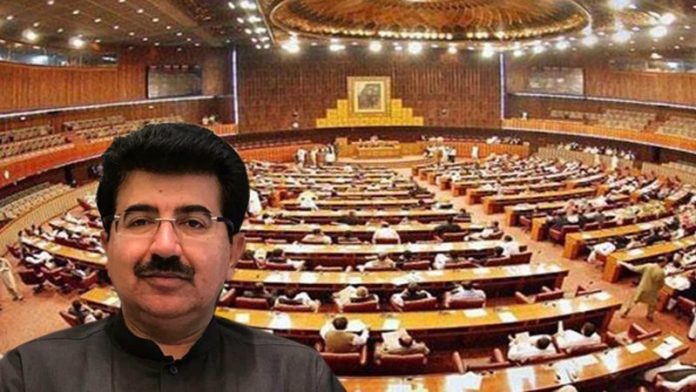 ISLAMABAD: Chairman Senate Sadiq Sanjrani has survived no-confidence motion as senators casted their vote on no-trust resolution forwarded by opposition alliance.
Voting took place through a secret ballot with 50 votes received in favour of the resolution, three short of the number required to remove the chairman. Five votes cast were rejected.
At the start of the session, 64 senators had stood up in support of the motion to table the no-confidence resolution.
For the first time in the history of Pakistan, a no-confidence motion had been submitted against the Senate chairman, demanding he resigns from his post.
Opposition parties had nominated Hasil Bizenjo as their candidate for the post of Senate chairman.
Following the vote on Sanjrani’s no-confidence resolution, a similar resolution was tabled for the removal of Senate Deputy Chairman Saleem Mandviwalla by the government. 34 members stoop up in favour of the resolution.
Special Assistant to PM on Information Firdous Ashiq Awan said that the opposition tried to target Sadiq Sanjrani due to the malice they carry against PM Imran Khan.
“The arrow failed to hit its target,” said the Special Assistant to PM.
Awan added that the government is ready to move ahead despite the issues.
“The opposition is failing to understand that the people have rejected them.”
Awan said that she ‘salutes’ those lawmakers who made the motion unsuccessful.