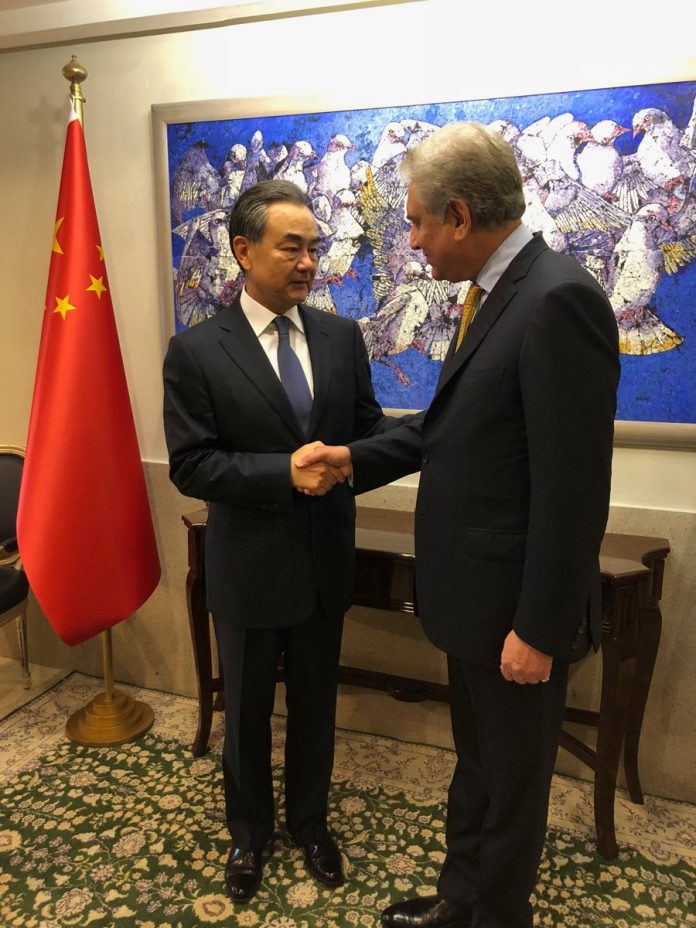 ISLAMABAD: Chinese Foreign Minister Wang Yi has said that China and Pakistan would jointly work for restoration of peace in Afghanistan.
He was addressing a joint press conference along with Pakistan Foreign Minister Shah Mehmood Qureshi at the Foreign Office on Saturday.
Wang Yi said that he has also invited Pakistan Prime Minister Imran Khan for a visit to China in November. He said, “We want to strengthen relations with Pakistan.” “Had a positive meeting with Qureshi,” he added. He said that China would help Pakistan in poverty alleviation and economic development.
FM Qureshi upheld, “Relations with China are an integral part of our foreign policy and the China-Pakistan Economic Corridor (CPEC) is the new government’s top priority.”
Speaking about the delegation-level talks held between the two countries, Qureshi said, “Bilateral relations and the regional situation were discussed.”
“Pakistan has played a key role in eliminating terrorism and China appreciated Pakistan’s sacrifices in the war on terror,” he added.
“The purpose of the Chinese foreign minister’s meeting is to increase communication with the new government,” he added. He said that Pakistan would not allow terrorists to use its soil against any other country.
Qureshi also said that Yi will call on the president, the prime minister, National Assembly speaker and the chief of army staff (COAS).