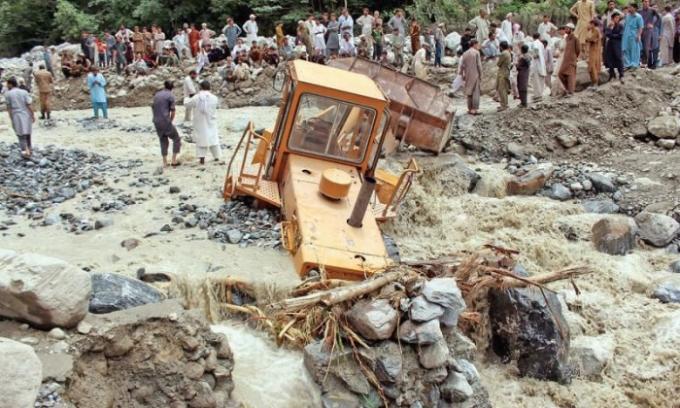 CHITRAL: More than 1750 houses have been completely demolished while at least 64 bodies have been found so far after floods wreaked havoc in the district and adjoining areas of Chitral.
As many as three lac people are restricted to affected areas as land connections to safer parts are lost. At least 25 mosques, several educational institutions are destroyed whereas several connective bridges have not yet been restored.
Land connections of Kalash Valley and Ganche to other parts are yet to be repaired. As many as nine hydel power houses have also been damaged.
Otol village has been completely washed away by floods. However, the locals have started reconstruction of houses in some areas.
Relief and rescue operations of Army and volunteers are ongoing for past one week. Army personnels are delivering relief items to beleaguered people through helicopters.
Reportedly, Majgool, Wari Joon, Sehat, Gehat and Kasham are among the hard-hit villages.