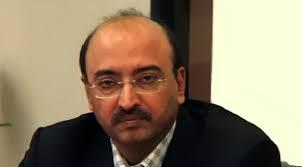 KARACHI: On the directives of the Governor Sindh Ishratul Ebad, Citizen Police Liaison Committee (CPLC) chief Ahmed Chenoy has resigned from the post.
According to reports, the Governor Sindh, who is also the patron in chief CPLC, had sought resignation from the CPLC chief.
Earlier, the Rangers had raided the house of theCPLC chief Ahmed Chenoy over kidnapping for ransom of a boy, who was recovered by the Rangers.
However, Ahmed Chenoy had rejected the charges and denied reports about his arrest by the Rangers. According to reports, Ahmed Chenoy said that no one had asked him to resign, adding that he himself quitted the CPLC.