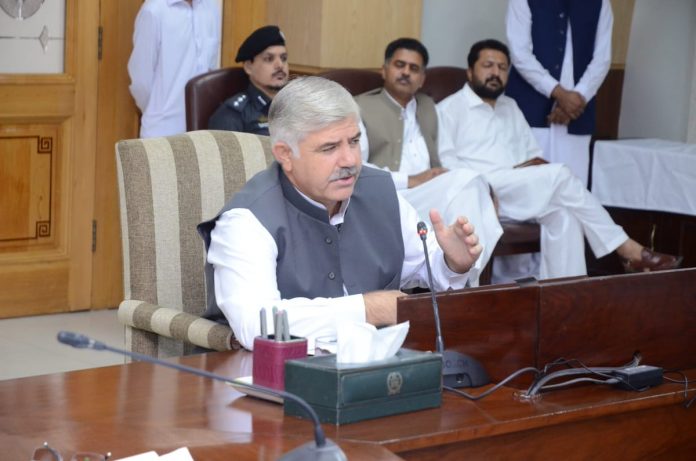 PESHAWAR— Chief Minister Mahmood has sought a detailed report into the burring of the mountains and forests in various parts of the Khyber Pakhtunkhwa.

In the latest incident on Monday, blazes had broke out in the hills of Babuzai, Barikot, Charbagh, Khwazakhela and Kabal tehsils of Swat.

According to district administration officials, an operation is underway to control the fresh fires, which broke out in the hills of Babuzai, Barikot, Charbagh, Khwazakhela and Kabal tehsils.

As per the Forest Department report issued on Monday, more than 210 forest fires incidents have been reported in the province since June 1. In these incidents, 14,430 acres, and 55 fires were started by locals themselves. Number of FIRs has been lodged and at least 21 people involved in incidents have been arrested.

The environment department was unable to find the underlying cause of 143 fires but it said that 22 of them were because of dry and hot weather.

Police in different districts have arrested several persons over charges of putting forest on fire and search for others are in progress.