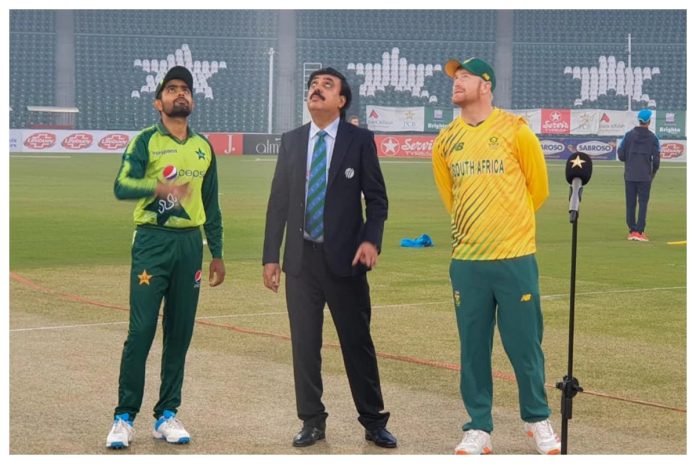 CENTURION    –  With Pakistan in the lead 2-1 and the series on the line, the best South Africa can do is to avoid a loss and tie the four-match series.

After tasting defeat in the third T20I, South Africa will look to even the scores in the final T20I of the four-match series. The hosts had a good day with the bat in the last game but sloppy fielding and inconsistency with the ball cost them the game. A maiden T20I ton from Babar Azam and an unbeaten knock of 73 from Mohammad Rizwan guided Pakistan to a record chase.

Pakistan will go in as the favorites in the fourth and final T20I as they carry the winning momentum and positives from all departments. The Pakistani bowlers were able to bounce back strongly at the death that restricted the Proteas as they fell 10-15 runs short on a track where a score of 200 seemed achievable while batting second.

The visitors exhibited a formidable approach to the run chase as the openers, Babar (122) and Rizwan (73*) helped Pakistan chase down their highest ever total of 204 in T20Is with two overs to spare. Despite quick fifties from South Africa openers Janneman Malan (55) and Aiden Markram (63), the hosts found themselves in a losing position as the South African bowlers looked hapless against the onslaught from Babar and Rizwan that resulted in a loss by nine wickets.

After the run-fest of the third T20I and Heinrich Klaasen’s admission that defending a score is difficult in Centurion, it’s safe to say we can expect more runs. South Africa’s Indian summer continues with mid-April temperatures in the upper 20s and the thunderstorms put on pause until the spring.

Pakistan skipper Babar Azam said: “We are going into the last match of the series with a positive mindset. We will carry the winning momentum and the form to the next match but it is equally important that we rectify the mistakes and win the series.”

South Africa captain Heinrich Klaasen said: “The one thing we are guilty of over the last three games is that not one of our batters that scored a fifty, went on to make a big one. Pakistan has done that really well especially on such wickets to capitalize at the end and we will look to do that.”