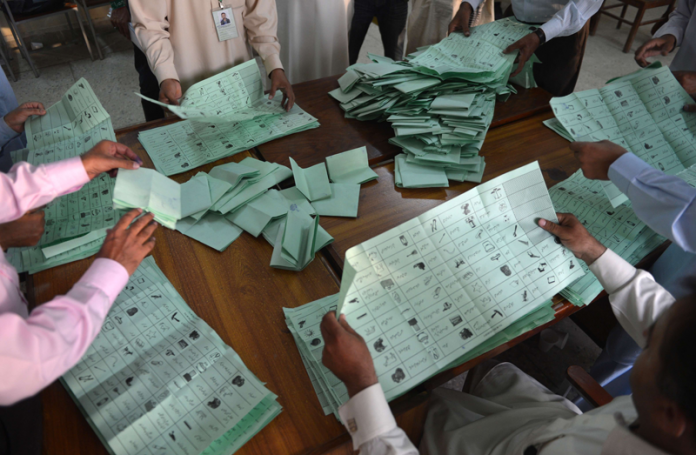 PESHAWAR: Polling on the vacant seats of the local government ended on Sunday and counting of votes began in districts across Khyber Pakhtunkhwa and Sindh.
The polling which started at 08:00am continued till 5:00pm without any break. Voting for the by-election was carried out for 139 vacant seats of local government in Sindh and 334 seats in KP.
Strict security arrangements had been made to maintain peace during the polling and nearly 2000 security personals had been deployed.
Some 540,960 people were expected to cast their votes for which 1255 polling stations had been established including 447 polling stations were for men, 387 for women while 421 were for both. Meanwhile, 126 candidates have been elected unopposed.
As many as 183 candidates were contesting the polls for 24 municipality seats in six of Karachi s districts.