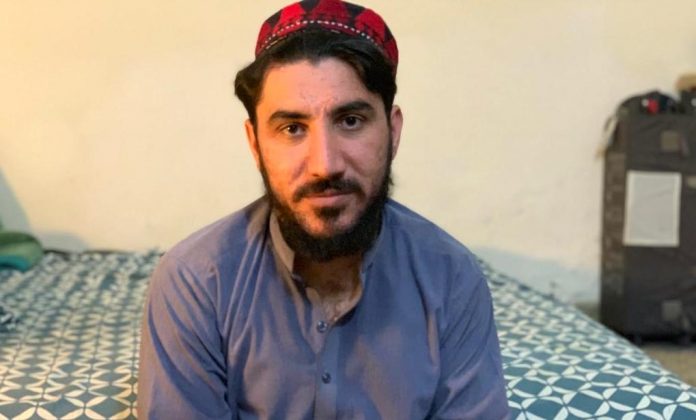 DERA ISMAIL KHAN: A Dera Ismail Khan court on Saturday granted bail to Pashtun Tahaffuz Movement (PTM) chief Manzoor Pashteen in two cases of sedition. His bail applications in two other cases — also pertaining to sedition — are pending before the court.
Pashteen’s lawyer and PTM leaders confirmed the development.
The hearings of the two pending bail applications are expected to be held on Monday, PTM lawyer Farhat Afridi told a private news channel.
The Additional Sessions Court in DI Khan had reserved the verdict on Friday after hearing arguments from both the defence and the prosecution.

Also read: Manzoor Pashteen’s bail plea rejected, transferred to DI Khan jail
“The court announced the reserved verdict today and ordered the release of Manzoor Pashteen on bail in two cases,” PTM leader and MNA Mohsin Dawar confirmed while speaking to a private news channel. He said that the group’s lawyers have already filed bail applications for the remaining two cases.
Dawar added that after Pashteen’s arrest it had emerged that a total of four First Information Reports (FIRs) were registered against him. He hoped that the court would also grant bail in the other two cases.

Also read: FO slams Afghan president for tweeting in favour of Manzoor Pashteen
Pashteen was arrested on January 27 from Peshawar’s Shaheen Town and sent to Peshawar Central Jail on a 14-day judicial remand by a magistrate.
A day after his arrest, a Peshawar court had rejected the PTM leader’s bail plea and ordered his transfer to Dera Ismail Khan, where he is currently imprisoned.
Lawyer Afridi said that the two FIRs for which bail was granted were registered at Dera Ismail Khan’s City Police Station under Sections 506 (punishment for criminal intimidation), 153-A (promoting enmity between different groups), 120-B (punishment of criminal conspiracy), 124 (sedition), and 123-A (condemning the creation of the country and advocating the abolishment of its sovereignty) of the Pakistan Penal Code.
According to one FIR registered on January 18, Pashteen and other PTM leaders had attended a gathering that day in Dera Ismail Khan where the PTM chief had allegedly said that the 1973 Constitution violated basic human rights.
The FIR added that Pashteen also made derogatory remarks about the state.