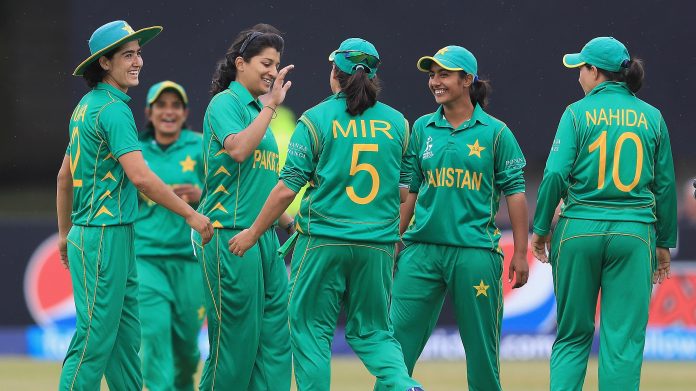 PRETORIA: all-rounder Nida Dar Wednesday helped Pakistan Women to defeat South African by seven wickets in the first of their three-T20I series here on Wednesday.
Dar took two wickets for 30 runs in the South African innings, which had its top order once again shattered by the excellent Sana Mir (14-3).
The Proteas eventually finished with 119 for the loss of seven wickets in their allotted 20 overs courtesy some late resurgence by Chloe Tyron, who contributed 43 runs off just 31 balls.
Pakistan Women’s run chase suffered a setback in the very first over when Javeria Rauf was sent back to the pavilion.
When her fellow opener Umaima Sohail (10) also departed at the score of 29, South Africa Women had their best chance to make things interesting.
However, Dar and captain Bismah Maroof’s 53-run innings each made sure that their side drew first blood in the series.
Dar was dismissed just a few runs away from the victory but Maroof, the skipper, finished unbeaten.