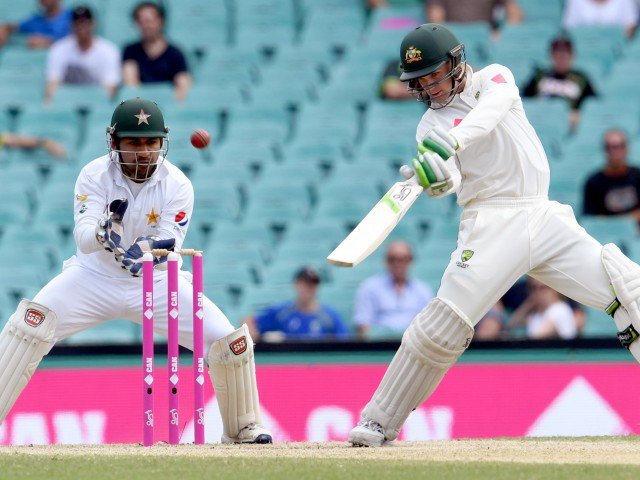 SYDNEY: Australia declared on 241 for the loss of two wickets on the fourth day of third Test against Pakistan in Sydney, giving the visitors a target of 465 runs to win.
Opening batsman David Warner scored the second fastest Test fifty off 23 deliveries before being bowled by pacer Wahab Riaz. Skipper Steven Smith (59) also scored a half-century prior to falling victim to leg-spinner Yasir Shah.
Opener Usman Khawaja remained unbeaten on 79 alongside batsman Peter Handscomb who was 40 not out.
Earlier, Pakistan were dismissed for 315 in their first innings in reply to Australia’s 538-8 declared after lunch.
The hosts did not enforce the follow-on and will bat in their second innings with 10 players after opener Matt Renshaw was ruled out of the rest of the match by a concussion.
Pakistan’s Younus Khan made 175 not out and Australia paceman Josh Hazlewood finished with figures of 4-55.