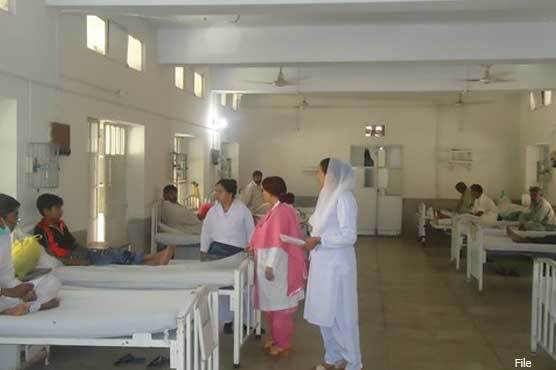 PESHAWAR: Deputy Commissioner Kohat Khalid Ilyas, during his visit to Liaqat Memorial Women and Children Hospital (LMCH) Kohat, DHQ Hospital KDA and Rural Health Center (RHC) Usterzai, and suspended the absent doctor of LMH Emergency Ward Dr. Abdul Ahad and terminated Sweeper of Children Ward Bhoola for deteriorated cleanliness condition of ward particularly bathrooms.
He also directed the MS of LMCH to prepare a viable plan for functioning of X-Rays Machine during the load shedding time and Ultra Sound Machine in 2nd shift at the earliest.
He also assured to resolve the POL issue of the Heavy Generator of the hospital on priority basis.
The Deputy Commissioner expressed his joy to seeing three doctors on duty in the Emergency Ward of DHQ Hospital and eulogized the efforts of the MS for his efficient role.
He on this occasion was informed that the newly established Emergency and Trauma Center would be functional within a week while Ultra Sound Machine would also be made functional if two trained Radiologist Medical Officers provided, which the DC committed on the spot.
During his visit to the RHC Usterzai, he found the Medical Technician on duty but due to vacant post of second Medical Officer, the doctor was not on duty in the 2nd Shift. He on the spot pledged to provide two male and one female Medical Officer to the said RHC while arranging a special training for the existing Technicians on use of ECG and Ultra Sound Machine very soon for the welfare of the people of the area. …APP