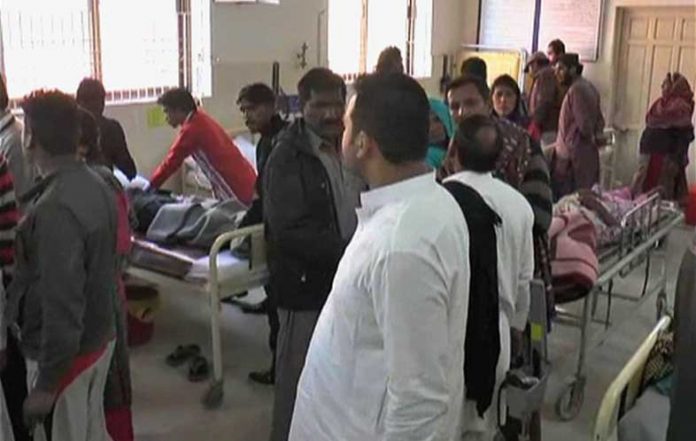 TOBA TEK SINGH: The death toll of the people who consumed toxic liquor in Toba Tek Singh on Christmas Eve reached to 42 on Wednesday as police has claimed arrest of the key accused of the incident.
The incident happened in Mubarakabad, a Christian locality in Toba Tek Singh town of Punjab, over 200 miles in south of the capital city of Islamabad.
Local police has claimed arresting the key accused of the deadly incident Sawan Maseeh. The accused said to be a sweeper working at Chattiana police station- around 14 kilometers away from Toba Tek Singh.
The accused had sold the toxic liquor to a sweeper of the police line in Toba Tek Singh, who also died by consuming the liquor, police sources said. Sawan Maseeh had sold the liquor stolen from the police storage by mixing some substance, sources said.
The police team investigating into the incident visited the affected locality and assured justice to the relatives of the deceased.
Though legal breweries exist in Pakistan, alcohol sales and consumption are prohibited for Muslims and tightly regulated for minorities and foreigners.
While wealthy Pakistanis buy bootlegged foreign alcohol at heavily inflated prices, the poor often resort to home-brews that can contain methanol, commonly used in anti-freeze and fuel.
Earlier in October, 11 Christians died after consuming toxic liquor at a party in Punjab province.
In October 2014 at least 29 drinkers were killed after consuming methanol-tainted liquor over the Eid public holidays.