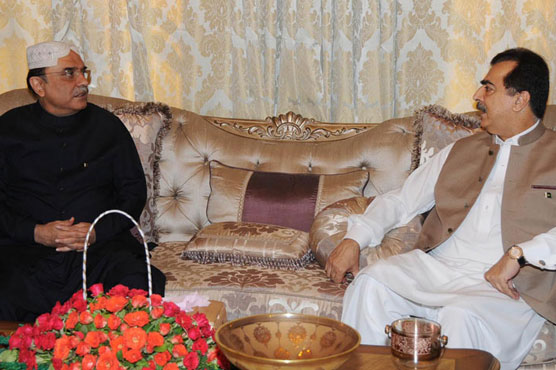 ISLAMABAD: Former President and Pakistan People’s Party (PPP) co-chairman Asif Ali Zardari has said that the people of South Punjab have every right to demand their separate province.
He said this during his meeting with former prime minister Syed Yousaf Raza Gillani who called on him at his residence in Islamabad on Tuesday.
During the meeting, matters pertaining to country’s political situation and upcoming general elections came under discussion.
Speaking on the ocssion, Asif Zardari said that his party has a clear stance regarding the formation of Soth Punjab province and it has every right of people of South Punjab to demand their own province.
The PPP co-chairman said that the of South Punjab have been facing problems and his party would give South Punjab a status of the province.