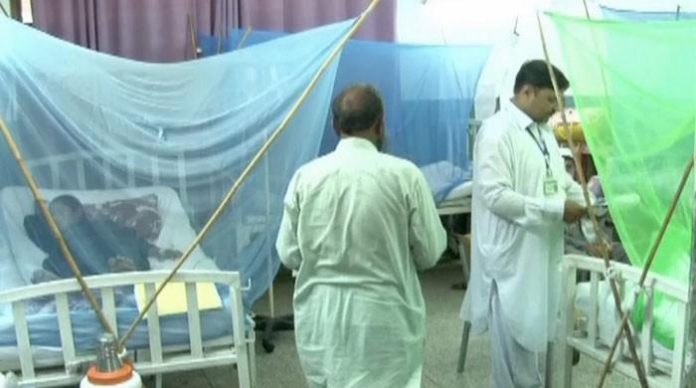 PESHAWAR: Four more people have died from dengue fever in Peshawar, pushing the total number of dengue deaths in the city this year to 25, according to a statement issued by the Dengue Response Unit on Wednesday.
Nadar Khan, Parvez, Muslima and Mir Taj were admitted to Hayatabad Medical Complex, Khyber Teaching Hospital and Lady Reading Hospital, respectively. All were brought in in critical condition and succumbed to the viral infection.
According to the statement, 1,832 people have been screened for the virus and 423 have tested positive so far. Currently, 382 dengue fever patients are being treated at health facilities across the province.
A resident of North Waziristan Agency also died of the viral infection. Atif Raza is said to have stayed at Tehkal, which is believed to be the ground zero of this year’s deadly outbreak.