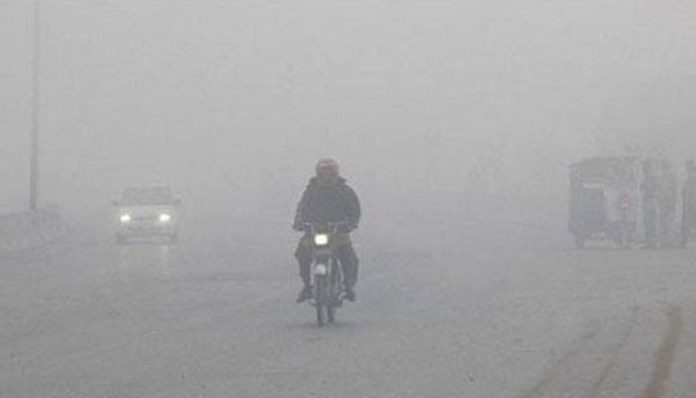 PESHAWAR: Dense fog has continued to envelop different areas of Khyber Pakhtunkhwa and Punjab on Monday, badly disrupting the road traffic and routine activities.
According to details, Motorway from Lahore to Kot Momen and from Khanewal to Multan has been closed for traffic due to dense fog as visibility was down to zero.
Motorway police spokesman revealed that there is also fog in Swabi and Charsadda and from Pindi Bhatian to Gojra on the motorway and from Lahore to Mian Channu on the National Highway.
People have been asked to avoid unnecessary traveling while the drivers have been directed to use fog lights during foggy conditions.