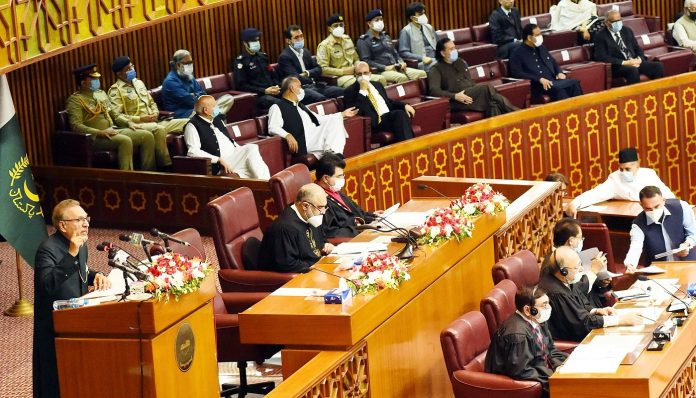 SLAMABAD: An in-camera meeting of the Parliamentary Committee on National Security will be held at Parliament House today (Thursday) to discuss several important issues, including the Afghanistan situation.

Apart from the internal situation, the in-camera session will brief about the situation in Afghanistan, India and Indian Illegally Occupied Jammu and Kashmir (IIOJK), said sources.

Important leaders of the opposition parties in Parliament have been invited to attend the meeting as they will be taken into confidence with regards to the recent developments in Afghanistan and national security, according to Foreign Minister Shah Mehmood Qureshi.

Bilawal had announced that he will be attending the National Security Committee (NSC) meeting on Afghanistan after welcoming National Assembly Speaker Asad Qaiser’s decision to call a meeting of the body.

Taking to Twitter on Monday, Bilawal had said that he had demanded in the National Assembly that the Parliament be given a briefing on the situation in Afghanistan by the relevant departments and institutions.

“We welcome speaker’s decision and will participate in NSC committee meeting on the topic,” the PPP chairperson had tweeted.