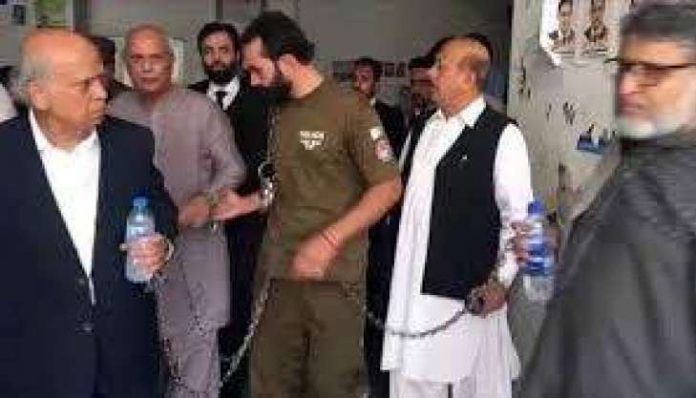 LAHORE: The Supreme Court on Saturday accepted the written apology of Director General NAB Lahore for producing former vice chancellor of Punjab University and other teachers in chains before an accountability court.
The NAB officials on Friday produced former VC Mujahid Kamran, four former registrars and an additional registrar before the court handcuffed amid tight security.
Chief Justice in a suo moto hearing of the incident said that the court would not accept disrespect of a teacher.
The D.G. NAB accepted the mistake and begged pardon in a written apology on the orders of the court.
The D.G. NAB in his statement said that Prof. Mujahid Kamran and other teachers were handcuffed due to security concerns.
He informed the bench that he visited Dr. Mujahid Kamran and other teachers personally to beg pardon for the misconduct.
Chief Justice of Pakistan Mian Saqib Nisar took a suo motu notice of producing Punjab University’s former vice chancellor Dr Mujahid Kamran before a NAB court in handcuffs and summoned the NAB DG, Lahore, in the Supreme Court Lahore Registry today.