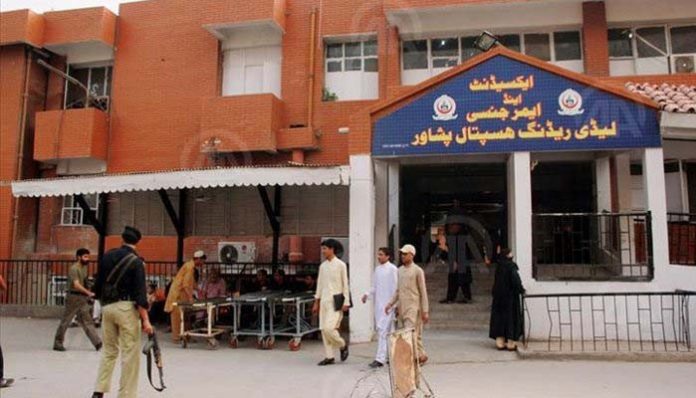 PESHAWAR: A fight erupted between doctors and security guards at Peshawar’s Lady Reading Hospital Thursday after the doctors alleged that they were stopped from entering the hospital.
The doctors held the hospital’s management responsible for the incident.
The management, however, claimed that the doctors who were stopped are the ones who stage strike frequently and this creates a disturbance at the hospital premises. Other doctors aren’t able to work because of their colleagues, they said.
The doctors and paramedics at the hospital have been staging a protest against the privatisation of public health facilities for the past one month. They are opposing the establishment of district and regional health authorities giving financial and administrative autonomy to hospitals at the district level.