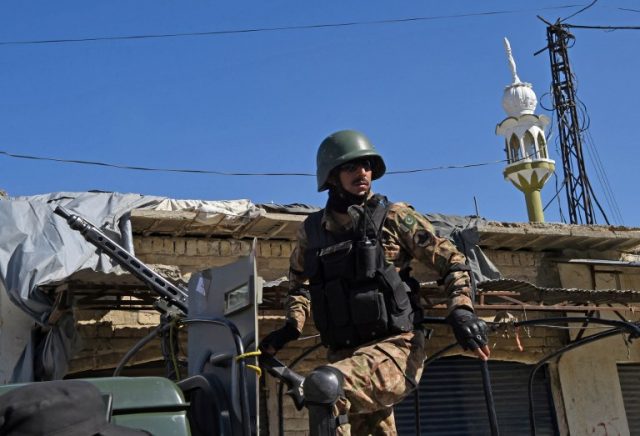 RAWALPINDI: Dozens of suspects were arrested by law enforcement agencies (LEAs) in ongoing countrywide Radd-ul-Fasaad operations on Thursday.
Two suspects arrested while a cache of weapons concealed underground was recovered in a joint operation by Rangers and Police in Bhawalnagar.
While six other miscreants were also detained in a raid by police in Hasan Abdal Attock. The raiding police team also seized weapons during the raid.
Separately, three suspected persons were taken into custody during a search operation by Pakistan Army in Chichawatni.
Moreover, police apprehended four members of a notorious gang in Jalalpur. Furthermore, police claimed to have arrested 36 proclaimed offenders in Vehari.
In their joint operation in Karachi, police and intelligence authorities raided Baba Ladla’s group hideout in Raees Goth. Narcotics and huge cache of arms and ammunition was recovered during the raid.