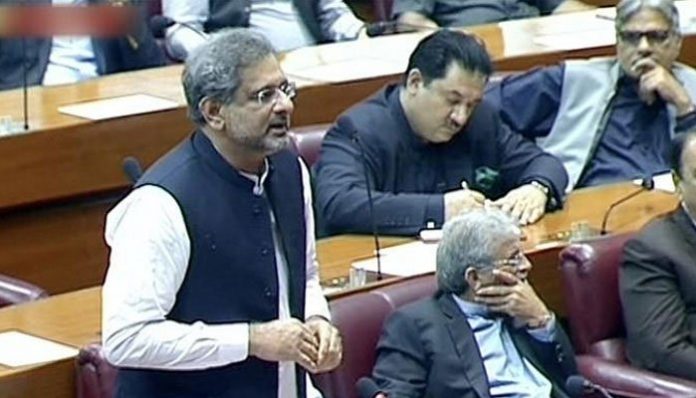 ISLAMABAD: Former prime minister and Pakistan Muslim League-Nawaz (PML-N) Member National Assembly (MNA) Shahid Khaqan Abbasi Wednesday said the government has no answer for hiking sugar and flour prices.
The erstwhile premier addressed the National Assembly and said people are unaware of the economic image which the government is portraying. Shahid Khaqan Abbasi said sugar prices have surged from Rs 43 per kilogram to Rs 90.
He demanded to form a special committee to interrogate into the sugar and flour crises. While bashing the Pakistan Tehreek-e-Insaf (PTI) government, Shahid Khaqan Abbasi said all ministers are giving speeches but showing no performance. Will the country be governed this way, he questioned.
The PML-N leader said loans are being taken to run the country and if this regime completes its five-year tenure, Pakistan’s debt will be doubled. Prices of electricity and gas have been increased, he said while urging the government to handover these affairs to the provinces according to the constitution.