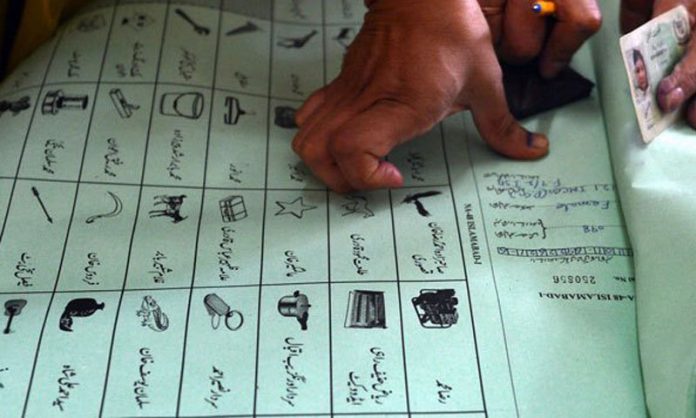 ISLAMABAD: The Election Commission of Pakistan (ECP) on Tuesday allotted electoral symbols to at least 77 parties who were clear of any objections.
Pakistan Tehreek-i-Insaf was alloted ‘Bat’ symbol, ‘Lion’ to Pakistan Muslim League-Nawaz, ‘Kite’ to Muttahida Qaumi Movement-Pakistan, and ‘Book’ to Muttahida Majlis-e-Amal.
National Party and Balochistan National Movement had filed a request for ‘Saw’ symbol. ECP assigned it to National Party.
Verdict was reserved over the allotment of ‘Tractor’ symbol requested by Pakistan Kissan Ittehad and Pakistan Muslim League-Quaid.
The symbol of ‘Bull’ was designated to Pakistan Muttahida Ulema and Mashaikh Council, ‘Human Hand’ to Pakistan Awam League, ‘Pen and Ink’ to Awami Muslim League, ‘Lantern’ to Awami National Party.
Pakistan Peoples’ Party (PPP) has decided to contest the upcoming general elections with ‘Sword’ as its electoral symbol instead of its ‘Arrow’ one. The symbol was alloted them after their plea in ECP.