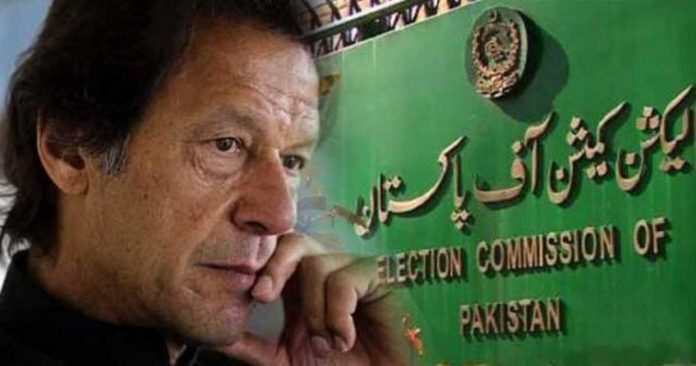 The Election Commission of Pakistan on Wednesday de-notified another 43 members of National Assembly belonging to Imran Khan’s party Pakistan Tehreek-i-Insaf.

The ECP summoned a meeting to deliberate on the resignations of PTI MNAs and decided to accept them.

In a major setback to the PTI, National Assembly Speaker Raja Pervaiz Ashraf on Tuesday approved resignations of its remaining 43 MNAs and sent the list to the Election Commission of Pakistan requesting it to de-notify them.

After the de-notification of another 43 MNAs by the ECP, the PTI’s strength in the National Assembly has been reduced to two members only.

So far, the resignations of 123 PTI members have been accepted. The two resignations could not be accepted owing to their leave applications.

It is pertinent to mention here that the PTI members two days ago wrote an email to the National Assembly speaker informing him that they wanted to withdraw their resignations and also demanded back the positions of Leader of the Opposition in the lower house and chairmanship of public accounts committee.

The speaker after accepting the resignations sent the list to the Election Commission of Pakistan which later de-notified the fresh lot of 35 PTI lawmakers after completing necessary action.

Earlier, on Jan 17, the speaker had accepted resignations of 34 MNAs of the PTI and one resignation of Awami Muslim League Chief Sheikh Rashid Ahmad.

As many as 123 PTI MNAs had resigned en masse from the lower house of parliament following the ouster of PTI chief Imran Khan in April last year. Subsequently, the NA speaker had accepted only 11 of the resignations.

The CDA directive was issued after the NA speaker had approved resignations of the PTI MNAs.

The PTI lawmakers have been residing in the Parliament Lodges for 10 months even after submitted their resignations.