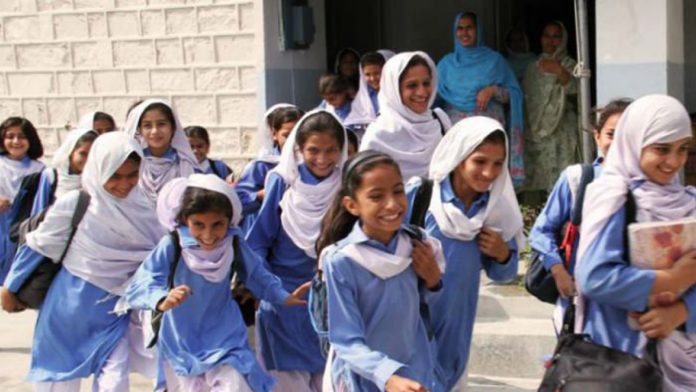 ISLAMABAD: Federal, all provincial and Azad Kashmir education ministers on Wednesday agreed on reopening educational institutions across the Pakistan in first week of September with strict implementation on standard operating procedures (SOPs).
The decision was taken in Inter-Provincial Education Ministers Conference (IPEMC) chaired by Minister for Federal Education Shafqat Mehmood and attended by ministers of all four provinces, Gilgit Baltistan and Azad Kashmir.
During the meeting, it was decided that coronavirus situation will be thoroughly monitored before opening the institutions.
The final approval in this regard will be taken in National Command Operation Center (NCOC) meeting on July 9.
In March 2020, the Pakistani government had closed all the schools, colleges and universities due to the coronavirus outbreak.
The decision was taken in a meeting of the National Security Committee, presided over by Prime Minister Imran Khan in Islamabad, Education Minister Shafqat Mahmood said on Twitter.
Last month, Mahmood had said the government was considering opening schools with implementation of SOPs and suggestions had been sought from the seminaries (Madaris) and private institutions of all provinces, including Azad Jammu and Kashmir and Gilgit-Baltistan.
The education minister had added that the education ministry, through UNICEF, was in consultation with those countries which had opened schools under various SOPs.
He added that consultations were also being held with the UNICEF on the policy of the government.