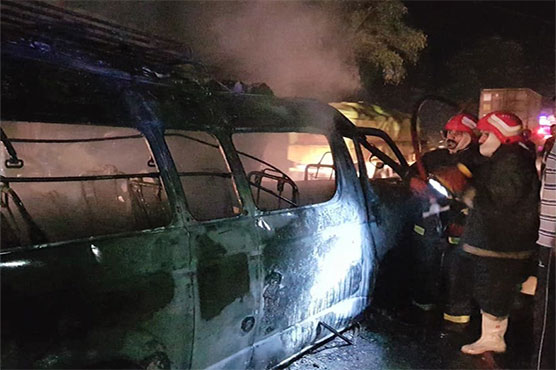 JHELUM: At least eight passengers were burnt alive and several other were wounded when a van caught fire at the Grand Trank (GT) Road near Tarkai Toll Plaza in Jhelum on Sunday night.
Three of the passengers managed to jump out of the burning van to save their lives. The ill-fated van was going to Rawalpindi from Lahore when it caught fire due to short-circuit.
Rescue teams reached the spot and brought the fire under control and shifted the injured to District Headquarters Hospital, Jhelum. Traffic remained suspended at the GT road after the accident which created problems for other people.